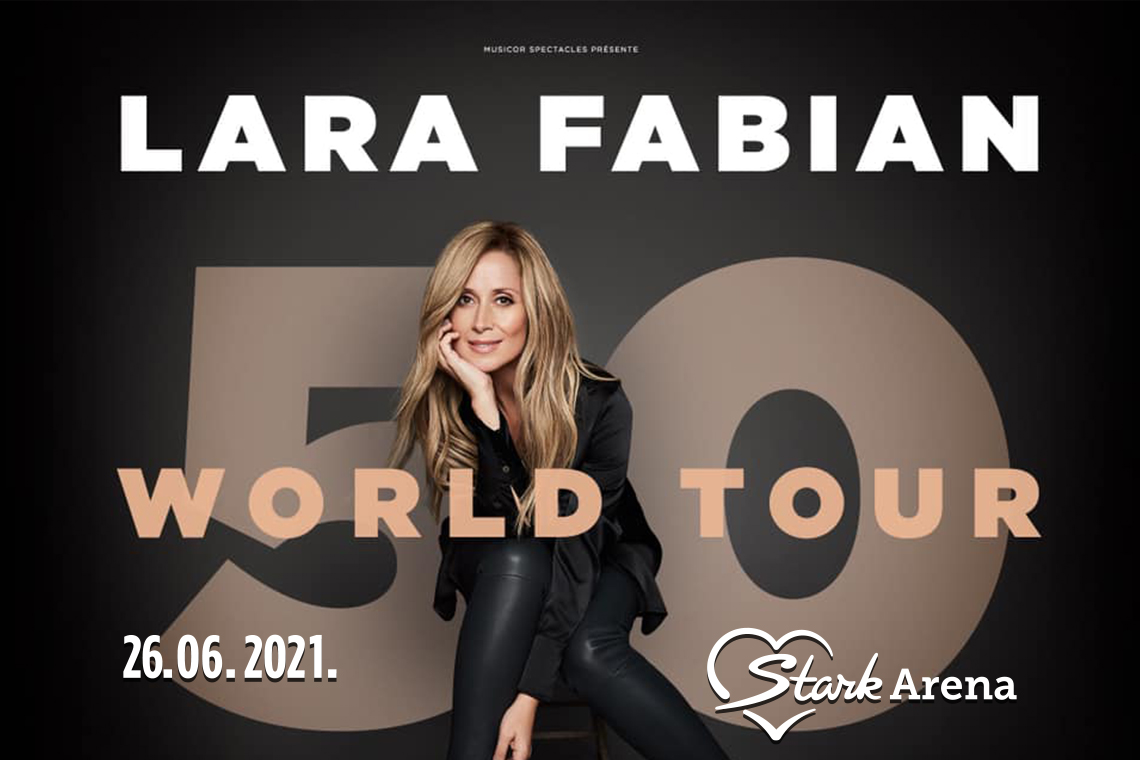 We would like to inform all fans of pop star Lara Fabian, whose concert was initially planned for May 10 2020 at Stark arena, that a new date, June 26 2021, has been set as part of the scheduled 2021 tour.

We remind you that this is the second re-scheduling of Lara Fabian’s Belgrade concert. The first planned concert date set for November 2019 was moved to May 10, 2020 due to her engagement in the TV Show program The Voice. The May 10 could not be held due to corona virus pandemic.

We believe that the new date will be the lucky one for all of us, that the situation with the corona virus will stabilize and that in June we will have the opportunity to enjoy in the spectacular show by this great music star.

Purchased tickets for both previously scheduled concerts will be valid for the new concert date and do not need to be replaced.

We expect that the concert will gather numerous fans from the country and the region, having in mind Lara Fabian’ s career and high-class show production.

The most loyal fans who have already bought tickets for the Belgrade concert are in for a special surprise at the concert.

We invite Lara Fabian’s fans and music lovers to secure their tickets for the concert in time, as it will surely be a memorable one.

"Thank you all for your patience and understanding. Take care." This is Lara Fabian’s message to her fans on her official Facebook account.

Her strong voice can be recognized from the first note and she knows how to arouse the most beautiful emotions, which is evidenced by numerous music awards as well as over 20 million albums sold worldwide.

With her music she sends a message of love, equality and strong emotions to her fans around the world.

She is the owner of many hits, of which the most famous are: Je T'aime, Quédate, Je Suis Malade, Adagio, Caruso and many others.